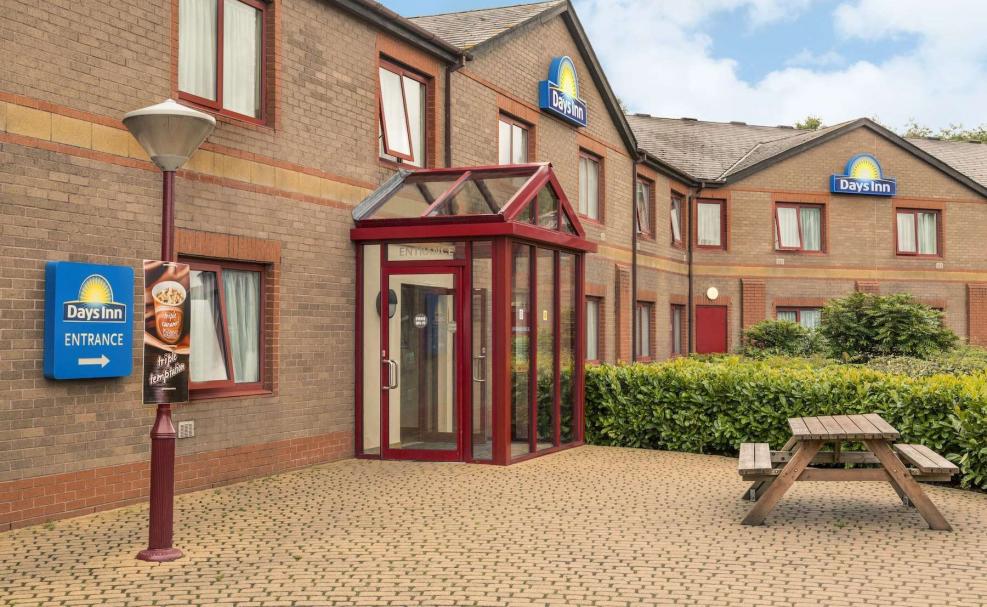 The Days Inn hotel in Newport is located just half a mile from Magor Town Centre and is just a 15 minute drive from Newport. The hotel is also only 20 miles away from Cardiff City Centre where there are plenty of visitor attractions, restaurants and shops.

The original name in Welsh Magwyr is though to originate from the Latin maceria, meaning masonry walls or ruins. It's possible there may have been a Roman Villa in the region or similar roman sea defence, although it is not known where. The parish church, St Mary's dates back to the 7th century, although it's current brickwork only stretches back to the 13th century. It is the burial place of Welsh composer Mansel Thomas and sits just off the village square.  There are also remains of the procurators house nearby, who had the responsibility of collecting the tithes (a kind of church tax) of the village on behalf of the abbey.

Set in the South Wales countryside, if you're looking for cheap hotels near Cardiff then the Days Inn offers a great base for your trip to Cardiff or Newport. It's a short drive from Newport city center, where there are many shopping areas and historical days out with the family. You can visit the Caerleon Roman Baths, Tredegar House or the National Roman Legion Museum or take in the sights at Belle Vue Park or Fourteen Locks Canal. The area is a great location for business trips too, as the short commute to the nearby cities allows you to budget your stay without being too far from the action.

While tourism in the area is mainly centered around Newport and Cardiff, there are a number of great restaurants, traditional pubs and restaurants in the area.

Top 5 places to eat in Magor:

Mango House - If spicy is what you're after, look no further than this great Indian restaurant, offering great value and large portions!

Sawyers Bar and Grill - For a mix of british, american and pub favourites, this great little place is open for breakfast lunch and dinner.

With Cardiff being so close, it would be a shame to miss out on some of the attractions that the city has to offer. Plan your day wisely and you could get to say many of the beautiful surroundings while partaking in some of the activities and experiences the vibrant city has to offer. Visit the Doctor Who experience in Cardiff bay or brush up on your history with a trip to the national museum. If you're planning a shopping trip, you might want to plan a stop-off at Bute Park, a peaceful and secluded break from the busy streets of the centre that has plenty of space for a bbq or to let the kids run wild. Cardiff Castle is another top trip for the adventurer that won't take much out of your day either - loads of space for exploring and tours of the building available throughout the day. Finally, get a taste of the west end at the Millennium Centre where there are many great gigs and shows including Shrek the musical.

There's a great deal of Roman influence in the area, and Newport offers the history lover some great days out for anyone who loves to learn. The ruins and exhibitions at Caerleon Roman Baths offer an interesting story about the gladiators that fought inside the amphitheatre, everyday roman life and their influence on modern day culture in the region. There's Tredegar House, a Victorian Stately Home, and part of The National Trust. They have some great areas for you to walk the dog, enjoy the many floral displays or take a guided tour around the house itself. There are often special events featuring many actors who portray a range of Victorian characters wandering around the grounds. For the keen bargain-hunter, there's also a little market tucked away on Upper Dock Street that offers arts and crafts with a range of fresh fruits, veg and meat from the local butcher.